we love you too 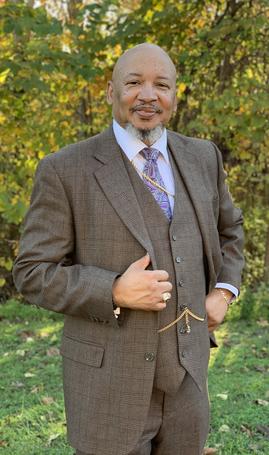 "Agape is love. It's not just a word you say or an emotion you feel. Agapeis an unconditional, selfless lovethat we carryout."

Dr. C. Lee Hagwood Sr. serves as the founding prelate and senior pastor of Agape Bible Christian Fellowship since 2001 in Martinsville, Virginia. He has more than 29 years of ministerial experience in congregational, military and academic settings. Being mentored by notable pastors and professors in various ministry specialties since his call to ministry in 1986.

Dr. Hagwood cumulated his practice of ministry with academic validation in 2008. He earned the Doctor of Ministry in Renewal of the Church for Mission from the Eastern University’s Palmer Theological Seminary. The 175 page dissertation entitled “Transforming The Transplanted: Developing Leaders Through Vision Discovery,” was the result of a five year endeavor of creating contemporary approaches to accomplish effective ministry in a traditional community.

Also Dr. Hagwood has served as an Assistant Professor of Ministry at Carolina Evangelical Divinity School and Adjunct Instructor of Religion and Humanities at Danville Community College. Dr. Hagwood is a three-time honorable discharged retired veteran and WoundedWarrior who was deployed in Afghanistan and Kuwait with the U.S. Army as a garrison chaplain with distinction in OIF/OEF campaigns. He serves as a contributing writer for the Progressive National Baptist Convention, “The Worker,” a quarterly educational devotional and the Martinsville Bulletin’s “From the Pulpit.” Dr. Hagwood has two other published works “The Rural Approach to Evangelism with Family and Friends and A Pastoral Call for Discipleship by Developing Fishers of Men.”

Other academic and ministry accomplishments include a first professional degree from Central Baptist Theological Seminary the Master of Divinity in Evangelism and Church Growth; an undergraduate degree from Columbia International University in Bible and Pastoral Ministry. Dr. Hagwood was licensed and ordained by Haskell Heights First Baptist Church through the Mt. Hebron Progressive Baptist Association. Since his call to pastoral ministry in October 1986 at Eagle’s Nest in Berchtesgaden, West Germany he has served as a Senior Pastor, Associate Pastor, Minister of Christian Education, Minister of Music, Youth Minister, Hospital Chaplain, Police Chaplain and Student of Ministry.

Dr. Hagwood was appointed in 2010 to serve as a member of President Obama’s Fatherhood Imitative Forum and Roundtable Discussions in partnership with the Veteran’s Administration. In 2013 to present serves as member of the Advisory Commission of Ordination District of Columbia Baptist Convention; 2007-2014 serves as Executive Board member of the District Columbia Baptist Convention. In 1999-2001 served as Vice-President, 1997-1999 served as Regional Vice-President for the Division of Clergy in the Baptist General Convention of Virginia. In 1997 served as the president of the Martinsville and Henry County Ministerial Association. In 1996-2002 served on the Board of Directors American Red Cross.

Dr. Hagwood and his wife Lealice have four sons from their union of 35 years who are believers and serve in ministry. The oldest three are graduates of Liberty University and the youngest will be a 2016 graduate of Liberty University. The Hagwood family are committed promoters and encouragers of the family, church, and education as the three most important institutions towards growth, empowerment and success for individuals in their community. He and his wife are mentors of clergy and their spouses.